Three persons went talking with persons on the street with a camera. 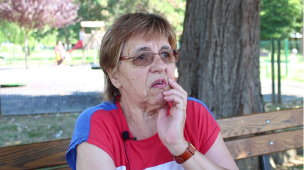 One person didn’t mind we filmed him, the other did not want to be filmed.

We asked them questions about refugees.

We asked another eight people but most of them were in a hurry or did not want to talk about the subject. People were surprised we asked this kind of questions.

They said that they support the multicultural society in Croatia. It’s not about just the refugees or just the asylum seekers. Everyone should have the right to stay in the country they would like.

They told us that the information about the refugees is mostly coming from the media.

It was also striking that both people had similar responses.

← Read our Flipboard on Refugees and Migration
CMS Interview experience →